The sun is trying its best to shine, but it’s attempts are thwarted due to the London grey skies. However it is unseasonably warm, ‘only 3 layers of clothing required’ temperature.

Yet, I’m staying home, and contemplating a host of tasks – laundry, ironing, gardening, catching up on telly, sewing, on-line window shopping, drawing … basically anything that doesn’t involve me moving more than an few metres from my home.  On a Saturday. During London Fashion Week.  An event I had been looking forward to for weeks. 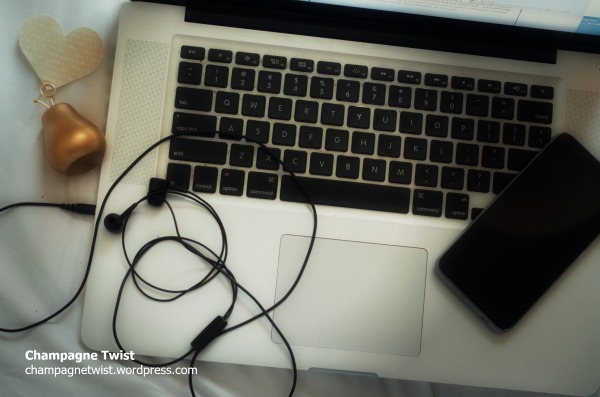 Why? Because I just haven’t felt the good vibes to go. Despite the talk, the fashion industry is still one of the most non-diverse in the world. When an industry says they believe in diversity, yet the powerful and the influencers in that industry tend to talk alike, walk alike, think alike, act alike and look alike, I being to wonder if there is any real meaning to their diversity hype.

Yes, I have attended many a LFW event – fashion catwalks, product launches, fashion talks and they have in the most part, been good. I have traveled to parts of London that I would never have visited, seen and met loads of interesting people and generally had a great time, at the time. But afterwards, I have more often than not felt a little underwhelmed. The goodie bag half filled with stuff I would never use in a million years, and the other half never intended for me.

The models with expression-less faces, looking like carbon copies produced from a plastics factory, wearing clothing that seems to showcase the designer’s inner-porn king desires, rather than the art of dress making. What are we saying to our young girls and women? The message I’m getting is that male designers are still the majority, in an industry, mostly owned by men, that uses expression-less and voice-less young girls and women to showcase their work, in order to sell their dreams of youth, and promote their own power and dominance to wealthy middle-aged women. The irony being that some of these women achieved their wealth from their fathers or husbands and have little real power of their own, having being taught that having their own opinion or voice is somehow unfeminine. The myth of equality continues, season after season.

Recently there have been 3 events (Vegan Life Live, a blogging talk with Ella Gregory and #YouCanSitWithUsLdn) which have made me think about my role in this ever madding world and less philosophically, how to make this corner of the internet reach more people and encourage conversation. Where do I want to take the website? Why do I really want to grow this blog? Why am I willing to get up at stupid o’clock to go to the other side of London, using a sub-par and expensive weekend transport system, it’s raining cats, dogs, rabbits, horses and a couple of hedgehogs, suffering from a bad head cold at the drop of a hat to help promote some ‘new thing’, but take 3 weeks to decide if I should purchase business cards for my own website?

The answers to the questions by the way, I want to take this social network as far as it can go. I want to grow this blog, because I want to be heard, within my own terms and not those dictated to by convention. The 3rd question – well the answer to that is a bit more tricky. And it’s taken me a long time, too long really, to figure out the answer. I’m seeking approval. I want to be accepted, I want validation and I want someone to say, ‘yes you are allowed in this group’. It’s so ridiculous, yet sadly true.

The business card thing was a manifestation of my lack of self confidence. ‘My brand isn’t good enough yet. I’m still on wordpress.com, it’s not perfect, the colour scheme isn’t right yet, blah, blah, blah, blah, blah.’ If I was advising someone else, I would have said, “What are you waiting for? Get the darn things printed already. So what if your website look isn’t 100% ready, are you seriously going to wait for that day, because let me tell you, you’re a perfectionist – that day ain’t gonna come.”

So this weekend, instead of going to a number of LFW related events, most of which I know I wouldn’t enjoy, I’m going to work on me. It’s vital to remember that being your best self is a continuing work of progress. You evolve from day to day, hour to hour, minute to minute. You are a living masterpiece, you have to be seen now, not just when you think you’re ready, or worse, when you think the world is ready for you. The world knows you’re ready. You were born ready. That’s why you are here. So go and get seen already!

There was an error retrieving images from Instagram. An attempt will be remade in a few minutes.